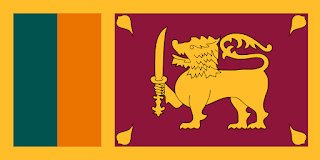 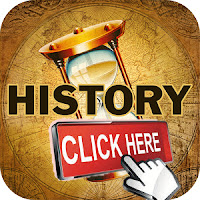 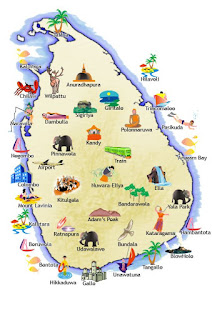 Identification.The official name of the nation is the Democratic Socialist Republic of Sri Lanka. In 1972, the national constitution discarded the name Ceylon and adopted the name of Sri Lanka. In Sinhala, the language of the majority,Srimeans "blessed" and Lanka is the name of the island.
The island's history of immigration, trade, and colonial invasion has led to the formation of a variety of ethnic groups, each with its own language and religious traditions. Besides the majority Sinhala Buddhists, the nation also includes Sri Lankan Tamils, Tamils of recent Indian origin, Muslims, semitribal Väddas, and Burghers, descendants of intermarriages between Sri Lankans and Europeans. Although the members of these groups share many cultural practices, beliefs, and values, ethnic differences have become especially marked since the nation's independence in 1948. These differences and the exclusive policies of the Sinhala-dominated central government have led to escalating ethnic conflicts, including the current civil war in which Sri Lankan Tamil rebels are fighting for an independent nation in the northern and eastern regions of the island to be calledEelam.
Location and Geography.Sri Lanka is a small tropical island off the southern tip of India. The island nation covers approximately 25,332 square miles (65,610 square kilometers) and is divided ecologically into a dry zone stretching from the north to the southeast and a wet zone in the south, west, and central regions. This contrast in rainfall combined with topographical differences has fostered the development of regional variation in economy and culture. The north-central plains are dotted by the ruins of ancient kingdoms built around man-made lakes. The northern tip of the island is the traditional home to the Sri Lankan Tamils who consider Jaffna, its principal city, their cultural and political center. The dry lowlands of the eastern coast, site of fishing and rice cultivation, are particularly diverse both ethnically and culturally, with Muslims, Tamils, and Sinhalas composing almost equal portions of the population in some areas. The central highlands are famous for tea plantations and, in the southwestern part, gem mines. Kandy, the principal city of this central "Hill Country," was the seat of the last of the indigenous kingdoms and continues to be an important ritual, administrative, and tourist center. The southern coastal lowlands are the site of coconut, rubber, and cinnamon estates, an active fishing industry, and beautiful beaches. Located on the west coast is the island's largest city, Colombo, a hub of international commerce as well as the seat of government administration located on its outskirts in Sri Jayawardenepura.

rituals as well as day-to-day interaction with extended kin. It is most common for this kin group to belong to the father's family, as there is a preference for women to move to the homes of their husband, raising their children among his relatives. It also happens, however, that husbands join wives' families instead, particularly among the matrilineal people of the island's east.
Socialization
Infant Care.In Sri Lanka, young children are highly adored, fondled, and indulged by everyone, both male and female. Infants are traditionally kept with their mothers or female relatives. Babies are carried until they can walk and sleep with mothers until they are school-aged, at which time they are encouraged to move into a bed with their siblings. Nearly all mothersbreast-feedtheir children, commonly through the first year.
Child Rearing and Education.Throughout childhood, important rituals are conducted around culturally significant milestones, such as the first feeding of solid food and the introduction of the letters of the alphabet. The coming of age ritual following a girl's first menstruation is an important marker of her entrance into the adult world, although there is no such similar rite of passage for boys.
As children grow, they are expected to develop a sense oflajjawa,a feeling that combines shyness, shame, modesty, and fear. It is cultivated early in childhood and used to teach self-control, beginning with bowel-control training, which starts at one year, then with weaning and nudity, and later with school performance.
Although mothers perform most of the child rearing, they are more responsible for their daughters' discipline and tend to be more indulgent with their sons. Fathers tend to indulge all of their children under five, at which point they take on a stricter disciplinary role, particularly with their sons whom they are responsible for controlling. Corporal punishment is quite common, especially from older males to boys.
In Sri Lanka, education has always been highly valued and encouraged. School attendance is compulsory between the ages of six and fourteen, although children often attend preschool and typically continue until the completion of the secondary level. Academic competition starts early, as parents scramble to place their children in the better primary schools, and continues with three sets of standardized exams that determine access to subsequent